While Americans show a growing concern about a potential economic slowdown, their worries don’t seem to affect the housing industry. Recent housing reports show that lower mortgage rates are buoying buyer demand into the fall months.

“Despite fears of an economic slowdown, the housing market continues to be a bright spot in the economy,” says Sam Khater, Freddie Mac’s chief economist. “While mortgage rates have ticked up in recent weeks, they remain lower than they were a year ago, which will help boost sales headed into the fall.”

Freddie’s forecast follows on the heels of several housing reports last week that suggested a solid housing market. Existing homes rose to the highest level in 17 months in August, according to the National Association of Realtors®’ latest report.

More new homes are entering the pipeline as well: Housing starts and building permits surged to a more than 12-year high in August, the U.S. Commerce Department reports. Further, for the second time in three months, new-home sales rose above 700,000 as more homebuyers consider new-home construction.

Freddie Mac economists predict that the 30-year fixed-rate mortgage will remain below 4% for the remainder of this year, which could continue to bode well for the housing market to ease affordability concerns somewhat for potential buyers. And along with lower mortgage rates, economists predict that home prices will also moderate, appreciating at 3.4% in 2019, which is in line with long-term growth.

With rising housing demand and a projected slight uptick in inventory, economists forecast that home sales this year will be slightly higher at 5.98 million in 2019 and next year reach near-2017 levels of 6.03 million.

Much of the high demand in the housing market lately has been coming from young adults.

“The millennial cohort has now entered the housing market in force and is already driving major changes in buying and selling patterns,” Frank Martell, president and CEO of CoreLogic, said in a statement about its latest housing index that showed home prices moderating. “Almost half of the millennials over 30 years old have bought a house in the last three years. These folks are increasingly looking to move out of urban centers in favor of the suburbs, which offers more privacy and a greener environment. Perhaps most significantly, almost 80% of all millennials are confident they will become homeowners in the future.” 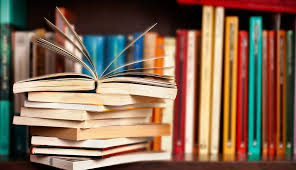 Why Pineapple Title? We are the best place in Tampa Bay to meet all of your real estate and title transaction needs. 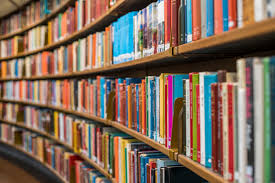 The Fed The Fed doesn’t have a long history of combating trade deals like we currently face with China and when they cut rates at the end of July, Trump (perhaps strategically) followed up by escalating the trade war putting more pressure on the Fed to cut rates beyond what Chairman Powell had called a “mid-cycle adjustment.”

We use cookies on our website to give you the most relevant experience by remembering your preferences and repeat visits. By clicking “Accept All”, you consent to the use of ALL the cookies. However, you may visit "Cookie Settings" to provide a controlled consent.
Cookie SettingsAccept All
Manage consent

This website uses cookies to improve your experience while you navigate through the website. Out of these cookies, the cookies that are categorized as necessary are stored on your browser as they are essential for the working of basic functionalities of the website. We also use third-party cookies that help us analyze and understand how you use this website. These cookies will be stored in your browser only with your consent. You also have the option to opt-out of these cookies. But opting out of some of these cookies may have an effect on your browsing experience.
Necessary Always Enabled
Necessary cookies are absolutely essential for the website to function properly. This category only includes cookies that ensures basic functionalities and security features of the website. These cookies do not store any personal information.
Non-necessary
Any cookies that may not be particularly necessary for the website to function and is used specifically to collect user personal data via analytics, ads, other embedded contents are termed as non-necessary cookies. It is mandatory to procure user consent prior to running these cookies on your website.
SAVE & ACCEPT